This academic relationship of more than 20 years led to the establishment of the formal municipal relationship that now links the two cities and involves the broader community in cultural and economic as well as educational exchanges. An agreement between the two cities was signed in 2008, and in 2010 the City of Morgantown created the Morgantown's Sister Cities Commission (MSSC).


Three key areas for program development are tourism and economic development, the arts, and youth programs. Delegations from each city have visited their sister city, and Youth Ambassadors from the two cities also have exchanged visits in recent years. The youth stayed with volunteer host families, attended language classes, and attended cultural events.


Slide Presentation made by Councilman William Byrne on visit to Guanajuato. 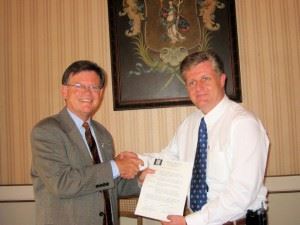