On this page you will find project information and updates on the renovations to the Hazel Ruby McQuain Amphitheater and Riverfront Park.

Over the past two weeks, crews have finished installing the flooring in the green room, depot, and restroom building. Work continues on the new restroom facility, which includes placing of board and batten siding on the exterior walls. Restrooms have been installed in the depot and green room, and rough grading has been completed around the amphitheater.

In the coming weeks, crews will work on paving and concrete work around the green room and some sidewalks. They will finish interior renovations of the restroom building by painting walls, placing board and batten, installing door hardware, and installation of a mini-split air conditioner. Light poles and conduits will be installed as well.

The Caperton Trail, in the immediate vicinity of the park, has been detoured.View a map of the detour here. This has been done so that the rail-trail can remain operational throughout construction. Detoured routing signs have been placed to guide trail users.

Parking in the area will also be affected. Parking between the Depot Building and the Decker’s Creek Trail will be closed during the construction phase to allow for equipment staging. 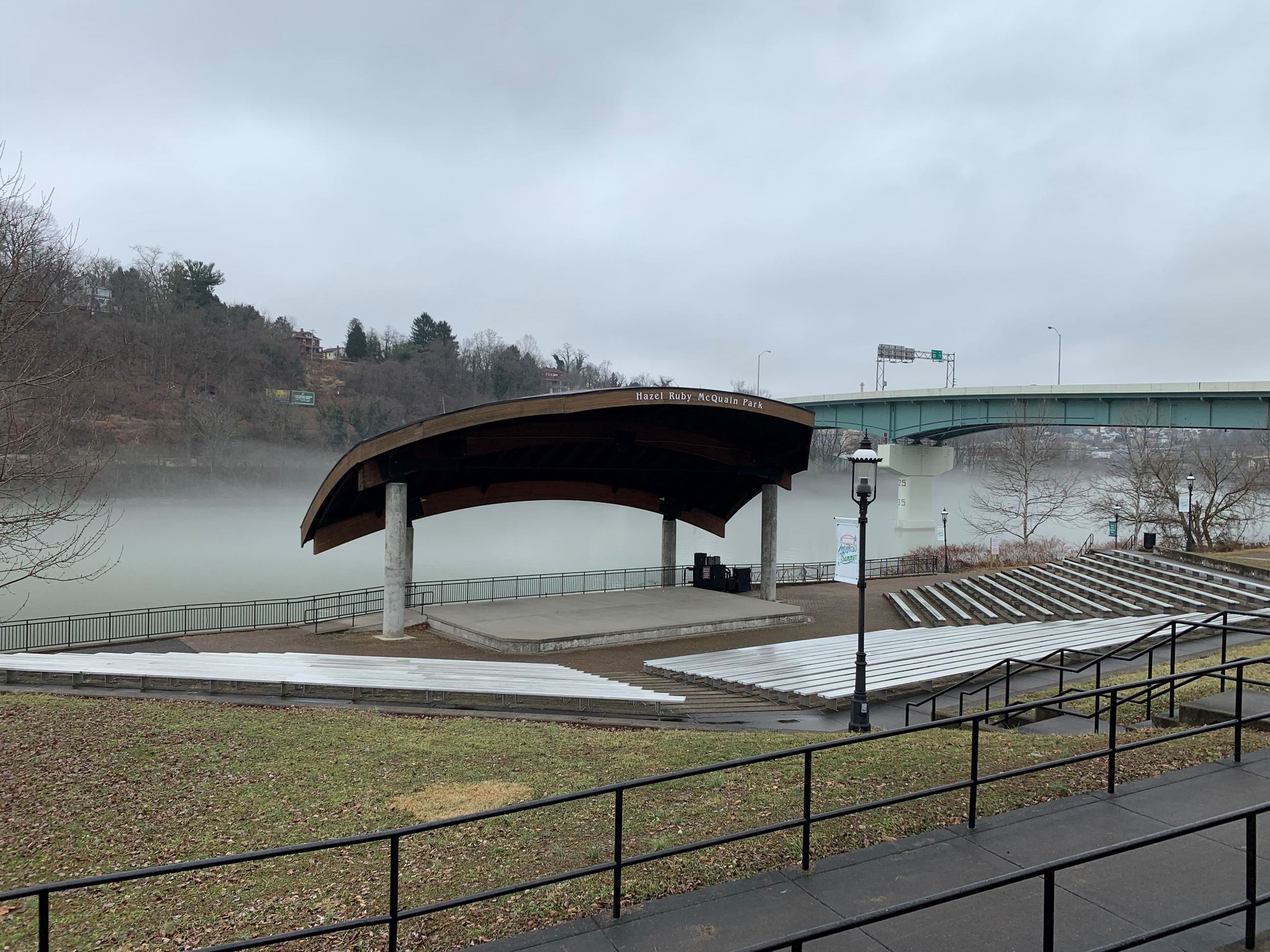 Renovations to the riverfront park include expansion of the amphitheater stage and seating area, with an addition of canopies above the seats for shade relief. Upgrades to security features and entertainment equipment, among other items, are also included in the plans for the riverfront park renovations. A portion of the grant will go towards creating a police sub-station near the park and making improvements to the historic train depot and restroom facility. The Walnut Street Landing will also see large scale improvements including a new parking lot, landscaping, kayak storage and launch.

Work is expected to be completed in early 2020.